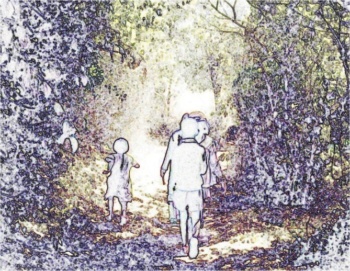 Choosing my blog topic, I didn’t realise how timely it would be — following as it does on two recent Ananda Pune discussions: Nayaswami Jaya’s talk on “The Pilgrim’s Path: The Quest for Happiness” and Sangeeta Laishram’s blog on “Art as a Journey in Self-discovery”. My topic is also related to journeying, but from a different angle.

Since childhood, I seem to have been “discovering places”, often simply happening upon them without setting out to, and later telling friends about them if I thought they too would find the information of value. — A new short cut. — An amazing repair shop tucked away on a quiet street. — A crystal cavern just a few hours away. — A great home delivery service. — A way to get somewhere by rail or water, far more interesting than flight.

Among these discoveries were places of pilgrimage, either with a group or alone. Going where saints lived or frequented, I found, took me far beyond what I could have ever understood merely through a book or film. Walking through the doors of these saints, touching their household belongings, standing before pictures that inspired them, I felt I made something of an entry into their life. And I also found something of self-discovery, much the same way as Sangeeta describes of how art led her into self-discovery.

What I also came to appreciate about pilgrimages was the contrast between making a journey as a pilgrim and a tourist. As pilgrims, we go somewhere because of deep motivation. As tourists, we go somewhere out of mere interest or curiosity. 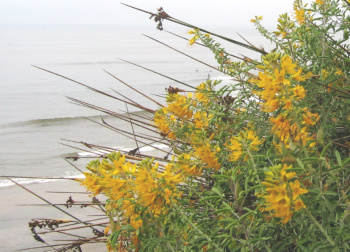 I’d never disparage touring, or even casually exploring and rambling, for that’s often exactly the change of pace we need to recharge our lives. Back in the USA, for instance, I used to love driving along “blue highways” (the little two-lane roads designated on maps by narrow blue lines as alternatives to highways, shown in red), revelling in the delight of exploration en route. But pilgrimage is far more focussed, more like taking a highway.

My earliest pilgrimages were to places of Christian attraction. After joining Ananda years later and moving to “the Village”, I made several personal pilgrimages to places of interest in Master’s life in California.

When I shifted to India, I went with Ananda Pilgrimages on delightful group pilgrimages to Kolkata, Badrinath, Babaji’s Cave, Rishikesh, and Italy. 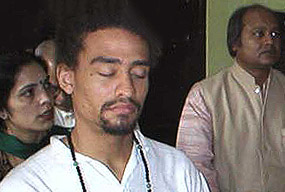 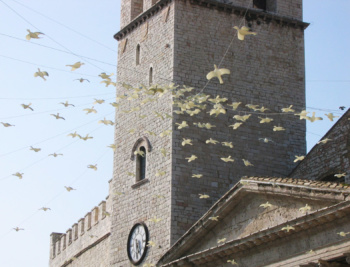 But I also made personal pilgrimages to several other places in Master’s life in India that weren’t on Ananda Pilgrimages’ list. Most notable of these was to Ranchi in gratitude for having first become aware of Ananda through reading Swamiji’s book, Education for Life. This book, as you may know, delineates the principles and practices Master used in his “how-to-live” schools out in nature, first at Dihika, then Ranchi. 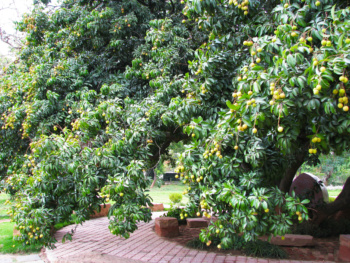 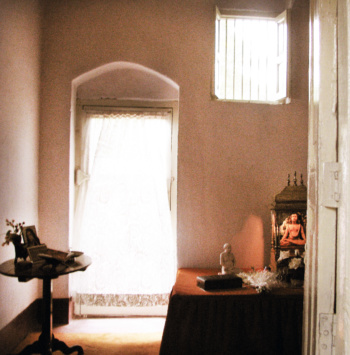 Back door of Master’s room, often visited by a pet deer

I was surprised Dihika and Ranchi weren’t among Ananda Pilgrimage destinations, since they were where Master set out on the educational approach that won him acclaim in India even before he departed for the West — and where he began envisioning his spiritual community.

Initiating a Pilgrimage to Ranchi and Dihika

Gradually, I began to think of creating a pilgrimage for others to go to Ranchi too, sharing my experience and adding Dihika several hours away. It could be offered through EFL India, of which I’m co-director. If ever there were a fitting year to launch the pilgrimage, it was this, the 100th anniversary of the Ranchi school and the 125th anniversary of Master’s birth.

So I started to sketch an overall design. It was soon clear that transitioning from pilgrim to pilgrimage organiser was itself a journey of discovery, even with administrative and travel background.

At what point in the year should we offer the pilgrimage, knowing there’d be no “perfect choice” for all who might wish to join? How many days should the pilgrimage last? Should we start in Dihika, the small village where Master started his first school? or in Ranchi, a larger, more accessible, town? Should we limit the pilgrimage to just those with interest in EFL? How many pilgrims should we take? What degree of hotel and ground transportation comfort should we aim for, and what per-person cost?

Round and round, such questions circled like cackling birds. Only when answers could be firmed up could practicalities like hotels, daily schedules, and publicity be addressed. Soon I was no longer alone in this expanding endeavour as serviceable EFL team member Shivani Nayajivan took over many details. Now my joy was doubled, as the two of us watched the
pilgrimage take shape — all the more because working on our own without a tour operator would save our pilgrims some 30% in extra fees.

As we continue to register participants and put finishing touches on the pilgrimage, I can hardly wait for the final joy when, joined by Shivani’s husband Damodar, the three of us lead the pilgrims to Master’s inspirational schoolgrounds and later still savour memories. 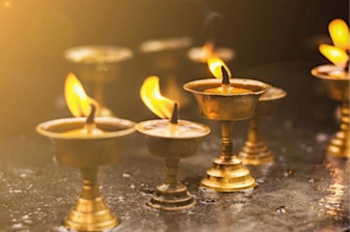 Meanwhile, I’ve begun to see an intriguing commonality between the task of pilgrimage organisers and that of educators, parents, spiritual community leaders, and others in roles of guidance. For the task of each, after all, is to arrange a journey toward a destination, hopefully making it possible for those they guide to see themselves on what Jaya describes as “the pilgrim’s path as a quest for happiness”.

(If you’re interested in knowing more about the pilgrimage,
you can call 09011069792 or e-mail shivani@anandaindia.org.)